Facebook is now up to 2 billion users. This is the largest and most used social media app reported by Tech Crunch yesterday. Nothing seems to be stopping this giant platform from succeeding in their new mission of positivity. In fact one could say it is actually doing rather well.

So where does that leave all the other social media networks? Well, they are simply not as popular as the trends make them out to be at this time. Are we simply over connected at this point? Perhaps.

Facebook has been dominating the social network seen for quite some time. There doesn’t seem to be any slowing down at this point.
Written by: Dion at 5:00 PM No comments:

Nintendo Switch - How to Use the 5 Best Features of Update 3.0.0

Awesome Con was hosted in Washington D. C. with quite a few persons of interest on the guest list and nothing short of amazing costumes.

Many of the panels were full of information on various topics of interest.

Not to mention, the one and only Stan Lee himself was in attendance. 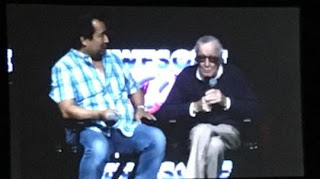 There were some brilliant cos-players. 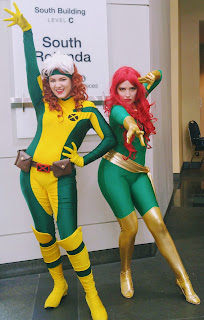 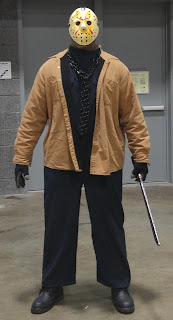 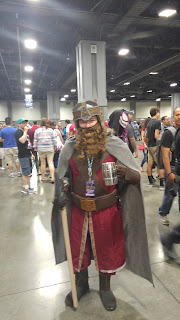 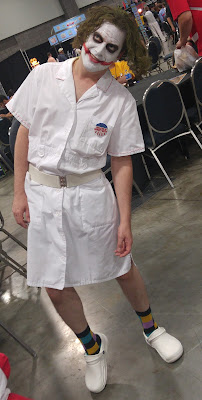 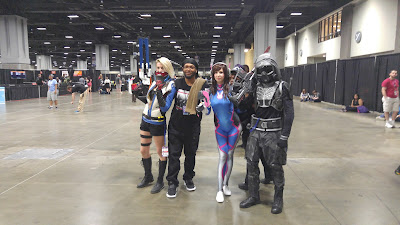 I won't bore you with all the unnecessary details of the con in itself as you just have to be there to experience the fun. If you haven't yet been to this particular Convention I would definitely Recommend 2018. As Awesome Con grows, the guest list gets better and better.
Written by: Dion at 6:17 PM No comments:

Sometimes the most horrendous things happen such as home Bulgaries. We tend to think it won't happen to us but alas it happens. If you have found yourself in this situation there are a couple of things you can do:

At the time of purchase or any time while you have the console:

Although most of the steps If not all should be done immediately this could save you some time and money in the long run. Consoles are cheap but not free, so keep track of that important information.


The Evil Within is getting a sequel! If you have every played The Evil Within you know this game can get pretty gory and have some scary spots in it. Here is the synopsis of the first game:

While investigating the scene of a gruesome mass murder, Detective Sebastian Castellanos and his partners encounter a mysterious and powerful force. After seeing the slaughter of fellow officers, Sebastian is ambushed and knocked unconscious. When he awakens, he finds himself in a deranged world where hideous creatures wander among the dead.
Facing unimaginable terror, and fighting for survival, Sebastian embarks on a frightening journey to unravel what’s behind this evil force.


While the first game was awesome, The Evil Within 2 should be even better. This is the game from the same makers of ‘Resident Evil’ series Shinji Mikami and Tango Gameworks. The game is cinematic, the graphics are dark and horrifying, and not to mention the intriguing way to resolve your way out of this maze of death. Similar to the first game, Playing as Sebastian Castellanos are tasked with saving your daughter And of course the only way this will be accomplished is going back into STEM. Easy, right?

Source: Gamespot
Written by: Dion at 6:00 PM No comments:

I love a good Zombie Apocalypse!!!!!

Source: Gamespot
Written by: Dion at 4:00 PM No comments:

Assassins's Creed always has some of the best cinematography!

E3 is underway and of course there are certainly going to be some big announcements During this 3 day event. Some we are looking forward to and some I’m sure will be very surprising. To stay breast to everything that is going on this year I will be viewing via Live stream like most people!

Most of my focus this year will be on PC and console announcements as well as games releases for the consoles. Stay tuned for my picks and favorites from this years E3...
Written by: Dion at 9:00 PM No comments:

I have to say that I am not disappointed in this movie at all! First off this movie had the necessary amount of action that was to be expected from an origin story. Writers Zack Snyder, Allan Heinberg, and Jason Fuchs did great. The direction of Patty Jenkins has by far made this movie one of my favorites by DCEU so far. It hasn’t been an easy ride for DC in the wake of Marvels releases at all. The casting I think was key in the success as much as the writing. Gal Gadot’s first appearance in Batman v. Superman restored my faith in the franchise's ability to scout out the right talent to bring the roles to life.

Gal first appearance was in the The Fast and the Furious franchise. Her role in this franchise by the way, is not interesting for me. But to be fair i don’t care for the franchise in itself. Gal gave a surprisingly convincing Diana. There haven’t been a slew of Diana’s before her on screen. The only context of reference we have had literally is Lynda Carter. Mind you the 1976 Wonder Woman featuring Carter was definitely one of my favorite TV series from that era. I am absolutely happy with the finished product of this version of Wonder Woman.

There were some minor changes to the story Which i didn’t think were blatant, too bad or noticeable. Overall, I had a good feeling about the movie with all the previews and trailers. The movie had a bit of everything, her origin story, one particular advisory, and love story. I would recommend seeing this movie if you are a fan of the comic. I would also recommend it if you’re not. The sequel should be promising and hopefully DC will follow this movie up with others just like this. I would hate to see a menagerie of horrid movies to follow.
Written by: Dion at 5:27 PM No comments:

MegaCon Orlando has come and went and was definitely a blast. I enjoyed every minute of it. There where tons of events as well as items to purchase. While I was not able to attend although three days, I was able to to attend Saturday and check out the vendors, cosplayers and events. Celebrities like Famke Jannsen best known from X-Men, Hemlock Grove, and Taken. Also a big hit, The infamous Tim Curry known for his role in The Rocky Horror Picture Show, IT, and Scary Movie 2 was also in attendance.

Vendors sold a wide variety of items from T-shirts to Various styles of replica and real weapons.


There were many variations of costumes especial Deadpool. (Seriously, any version of Deadpool you wanted to see was probably there. And a lot of Spidey's as well.)

With out a doubt, any type of fan you are whether it be comics, any plethora of TV shows and genre's you will find it here

Here are a few of the pictures from the events and Cosplayers: 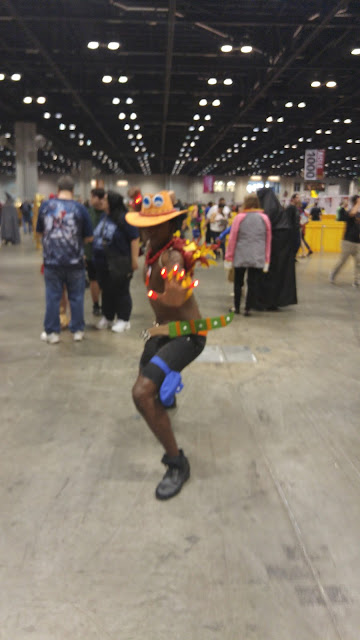 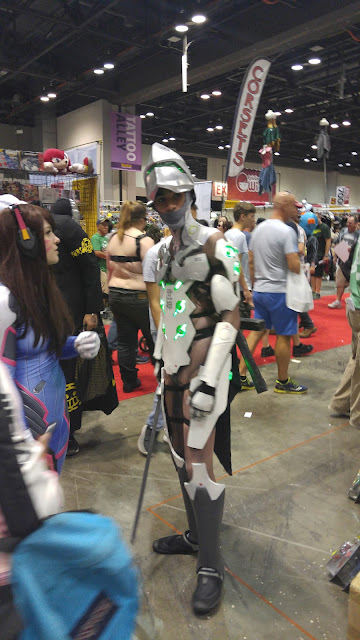 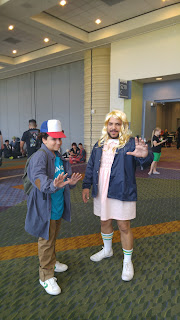 All in all, this event was one of my favorites. I will surely be back!

Ever wonder what it's like to fight of Cannibals? NO… Me either. But if you are definitely looking for something in the survival relm T...